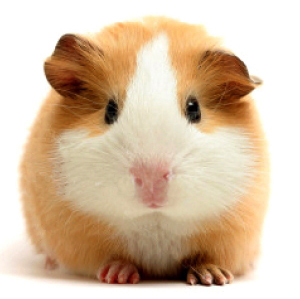 The plants and animals that taught us the facts of life

The triumphs of recent biology – understanding hereditary disease, the modern theory of evolution – are all thanks to the fruit fly, the guinea pig, the zebra fish and a handful of other organisms, which have helped us unravel one of life’s greatest mysteries – inheritance. This was my first book, originally published in the UK by William Heinemann in 2007, the year it won the inaugural Royal Society of Literature Jerwood Prize and was longlisted for the Guardian First Book Award. In the book, I traced the story of heredity from Darwin hand-pollinating passion flowers in his back garden in an effort to find out whether his decision to marry his cousin had harmed their children, to today’s high-tech laboratories, full of shoals of shimmering zebra fish, whose bodies are transparent until they are mature, allowing scientists to watch every step as a single fertilised cell multiples to become millions of specialised cells that make up a new fish. Each story has – piece by piece – revealed how DNA shapes the characteristics of the adult organism. Not every organism was as cooperative as the fruit fly or zebra fish, some provided scientists with misleading answers or encouraged them to ask the wrong questions. Since it first appeared, there have been four more editions: a US paperback (Harvard University Press 2009); a Spanish edition (Una historia de la biología según el conejillo de Indias, Editorial Ariel 2009) and a German-language edition (Leben Verstehen: Tiere und Pflanzen, die unser Weltbild veränderten, Kehrwasser Verlag 2012). The German edition coincided with an exhibition based on the book at the State Museum (Oberoesterreichische Landesmuseen) of upper Austria, in Linz, which ran from late 2012 until March 2013. A Chinese edition (pictured below) appeared in 2021.