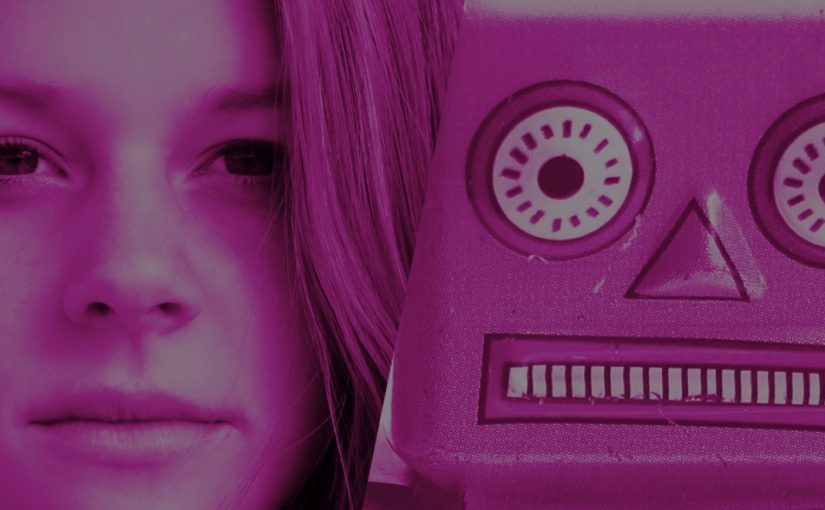 Almost fifteen years after it first appeared in English, my first book A Guinea Pig’s History of Biology, has been translated into Chinese. (Complete with illustrations by the translator, Professor Fei Wang.) There is more info about the book here.

How Not To Be Human: Exploring Humanity Through Science Fiction

Is the title of my next Gresham College lecture series, which began on Monday 27th September. The recording is now available on YouTube. This series will focus on the ways in which writers and film-makers have explored the question of what it means to be human in science fiction, by contrasting an imagined human nature with women, apes, machines and aliens – all of which have been imagined at various times as “non human”.  Questions of race, gender, reason and emotion will be woven through all four lectures, to illustrate some of the rich and varied ways in which fictions based in science have imagined what (if anything) constitutes “human nature”. To find out more, or book, visit the Gresham College Website.

Was the title of my most recent Gresham College lecture series, which has attracted more than 20,000 online views. All the lectures can be found on YouTube: Darwin’s Troubled Legacy; The Secrets of Darwin’s Greenhouse; Making a Monkey out of Darwin and Breeding and Barnacles.

The series is available to watch online. I was appointed the first visiting professor of the History of Science at Gresham College in 2019. The college provides free public lectures to the people of London that are both live-streamed and available on YouTube. I discuss this and other issues in an interview for my university’s series This Sussex Life.

The Art of Innovation

A collaboration between BBC Radio 4 and London’s Science Museum that explores the connections between art and science. I am featured in three of the radio episodes: Tracking Progress; Plants on Paper (briefly); and, Protecting the Earth.

Awarded to my book, Orchid: A cultural history, in November 2018. The prize committee were kind enough to say: “In this delightful, engaging, and insightful study, Endersby documents the enduring cultural and scientific allure of the orchid, from the time of the ancient Greeks to the recent past. With eloquent, imaginative, and witty prose, Orchid traces the cultural meanings associated with this often fragrant and beautiful plant, especially the themes of sex and death that weave through literature, scientific writing, and cinema”. I am very grateful to them, and to the Society for the award. The Society also invited me to write a short article for their newsletter, explaining how I came to write Orchid.

Is the planned title for my next book. It will be a cultural history of biology (well, mainly ideas about evolution and heredity), that focuses on the public’s ideas about how biology would shape the future. After eighteen months of research leave (which ended in December 2017), I’ve noticed that there’s a very distinctive kind of optimism about biological futures during these early decades. Various different kinds of writers predicted a kind of biological utopia (or, to some people, a dystopia), that I am called a biotopia. This is how I’ve described my ideas in a paper that has just been published: The early decades of the twentieth century were marked by widespread optimism about biology and its ability to improve the world. A major catalyst for this enthusiasm was promising new theories about inheritance and evolution (particularly Hugo de Vries’ mutation theory and Mendel’s newly rediscovered ideas). In Britain and the USA particularly, an astonishingly diverse variety of writers (from elite scientists to journalists and writers of fiction), took up the task of interpreting these new biological ideas, using a wide range of genres to help their fellow citizens make sense of biology’s promise. These different genres produced a new and distinctive kind of utopianism – the biotopia – that embodied a confidence in humanity’s ability to reshape living things to meet our desires. Biotopias offered the dream of a perfect, post-natural world, or the nightmare of violated nature (often in the same text), but above all they conveyed a sense that biology was – for the first time – offering humanity unprecedented control over life. A characteristic biotopian trope was to visualise the world as a garden perfected for human use, but this vision was often tinged with gendered violence, as it became clear that constructing the garden would entail dispossessing, or even killing, “Mother Nature”. Biotopian themes are apparent in journalism, scientific reports and even in textbooks, and these non-fiction sources shared many characteristics with intentionally utopian fictions or prophecies, including Charlotte Perkins Gilman’s Herland (1915), H.G. Wells’ Men Like Gods (1923), and J.B.S. Haldane’s Daedalus (1924). The nature of biotopianism, and the connections between these different kinds of writing, become apparent in interpretations of the work of Luther Burbank, the celebrated Californian plant-breeder whose almost miraculous power to ‘create’ new species of plants gripped the popular imagination. Burbank was often portrayed as a gentle, simple (almost feminine) man who loved flowers and children, yet many writers also depicted him as a hard-headed scientist, determined to take nature in hand, curb ‘her’ wastefulness and force her to learn new tricks. Analysing the network of texts that surround writings about Burbank allows us to trace biotopian themes back and forth across the porous boundaries between popular and elite writing. These diverse writings allowed biology to function as public culture, creating a series of ways of talking and thinking about the promise of biology that shaped Anglo-American culture during this period and that continue to characterise today’s debates over the impact of new biological breakthroughs.